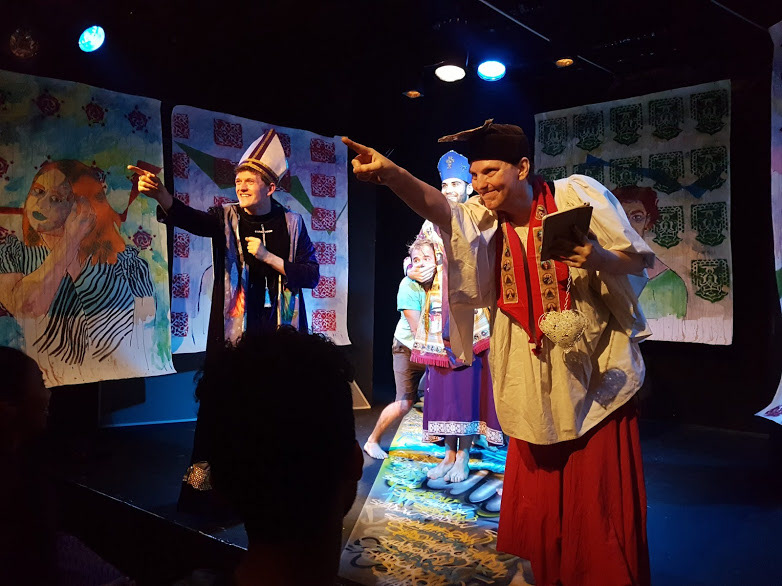 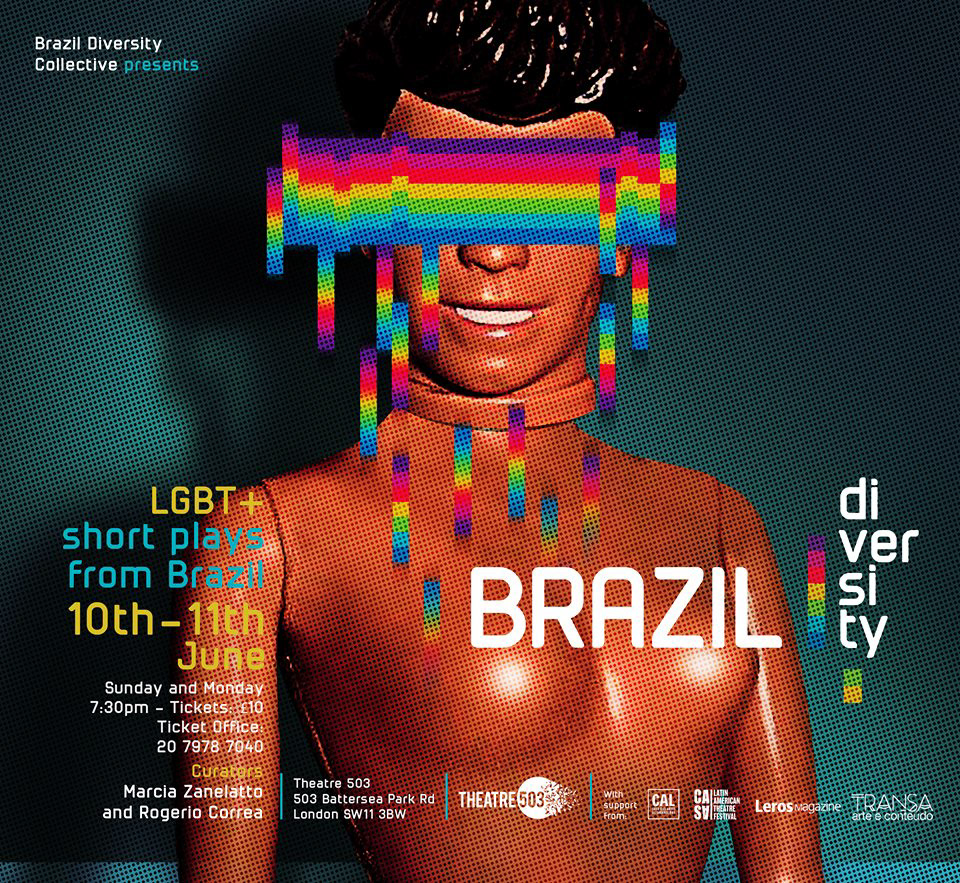 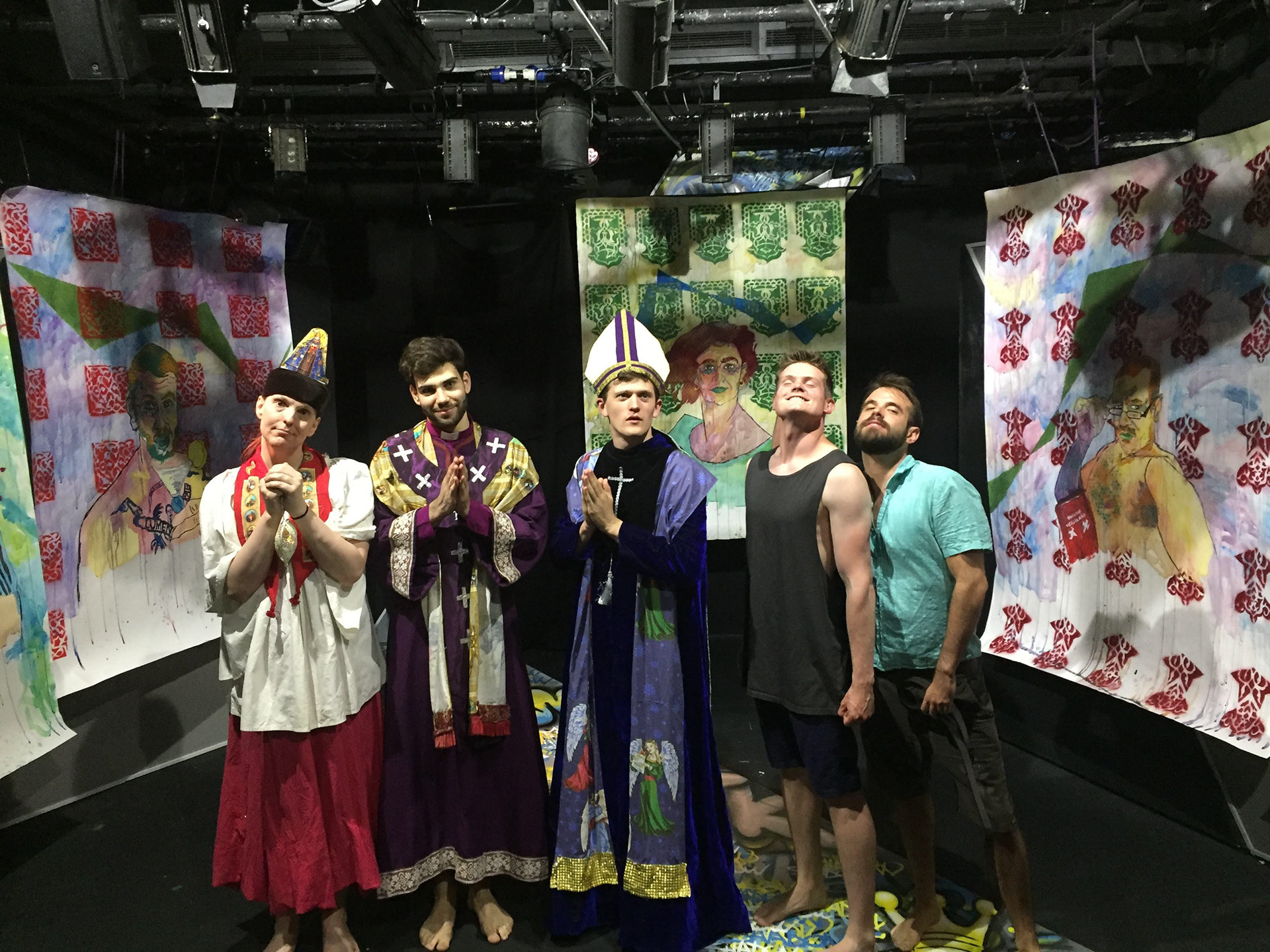 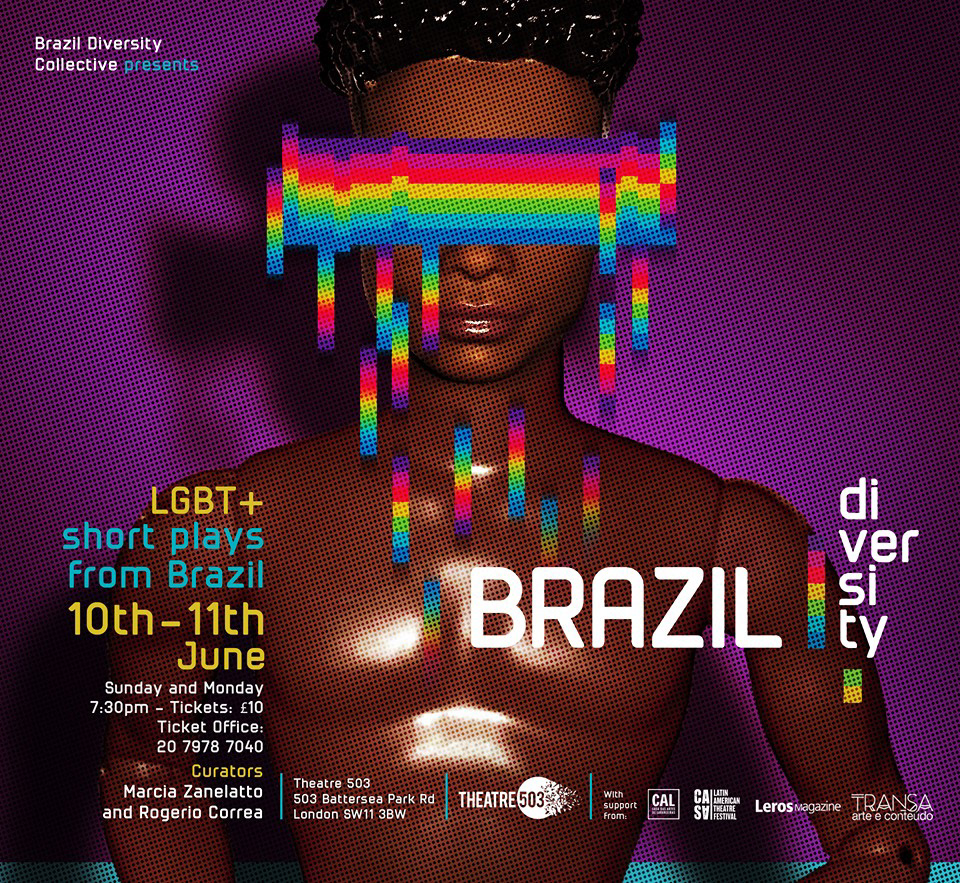 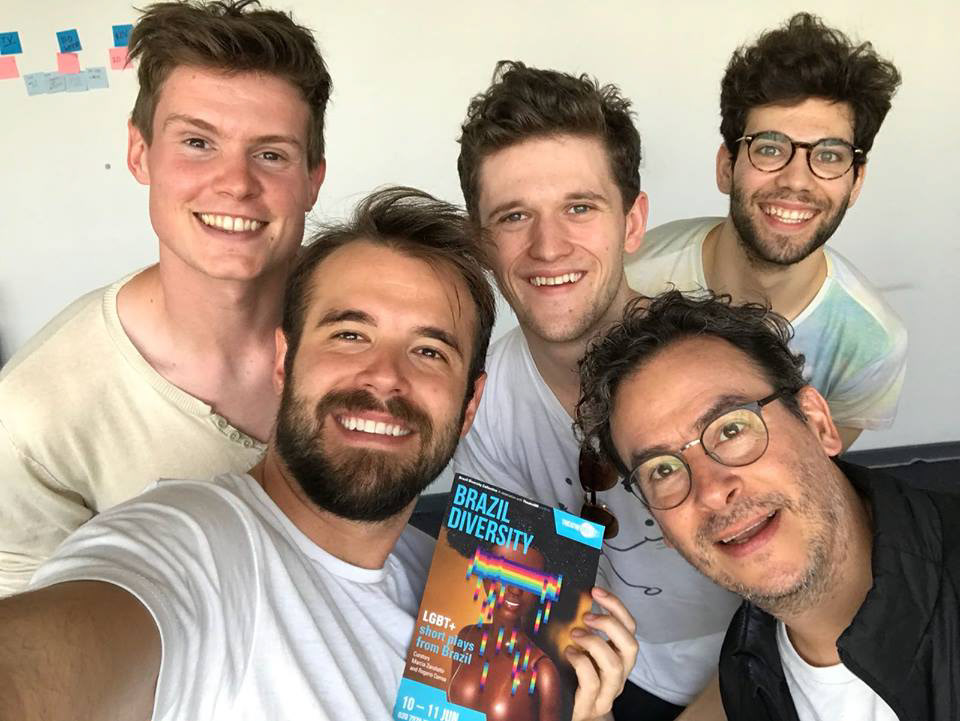 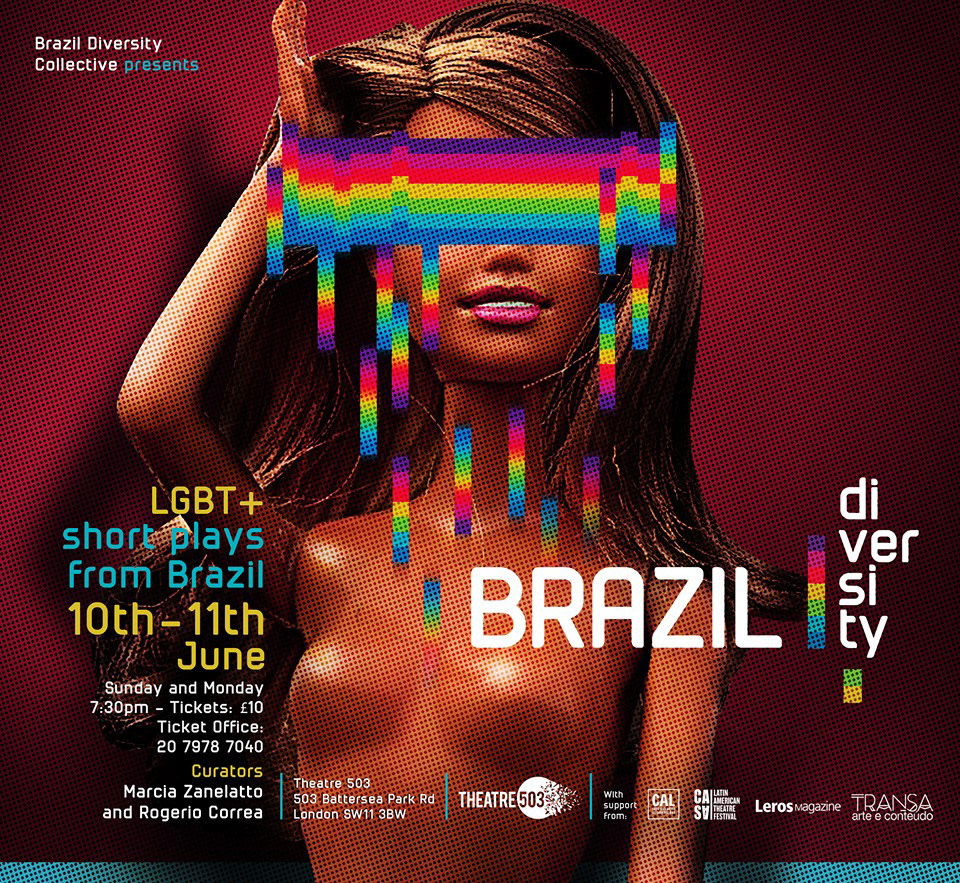 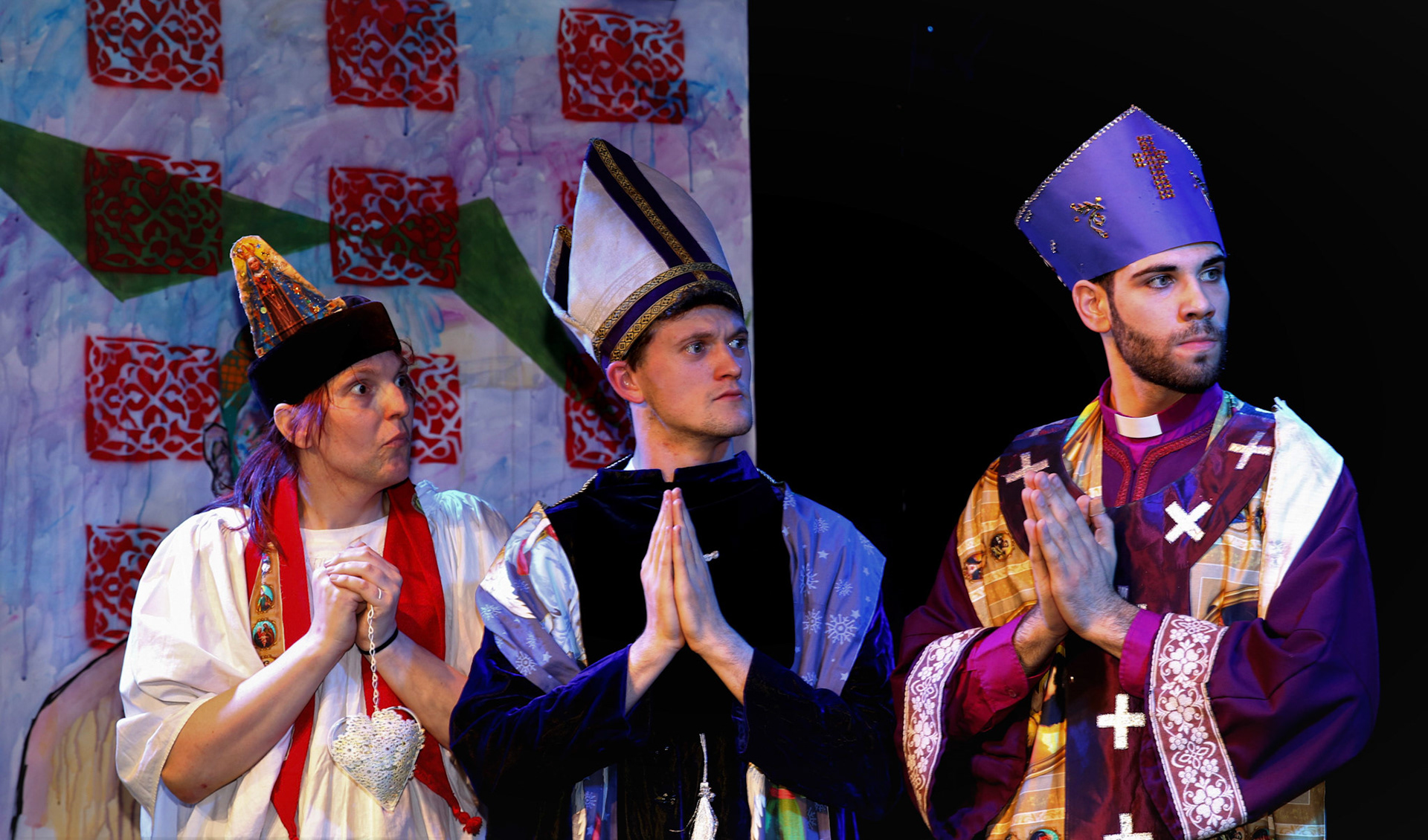 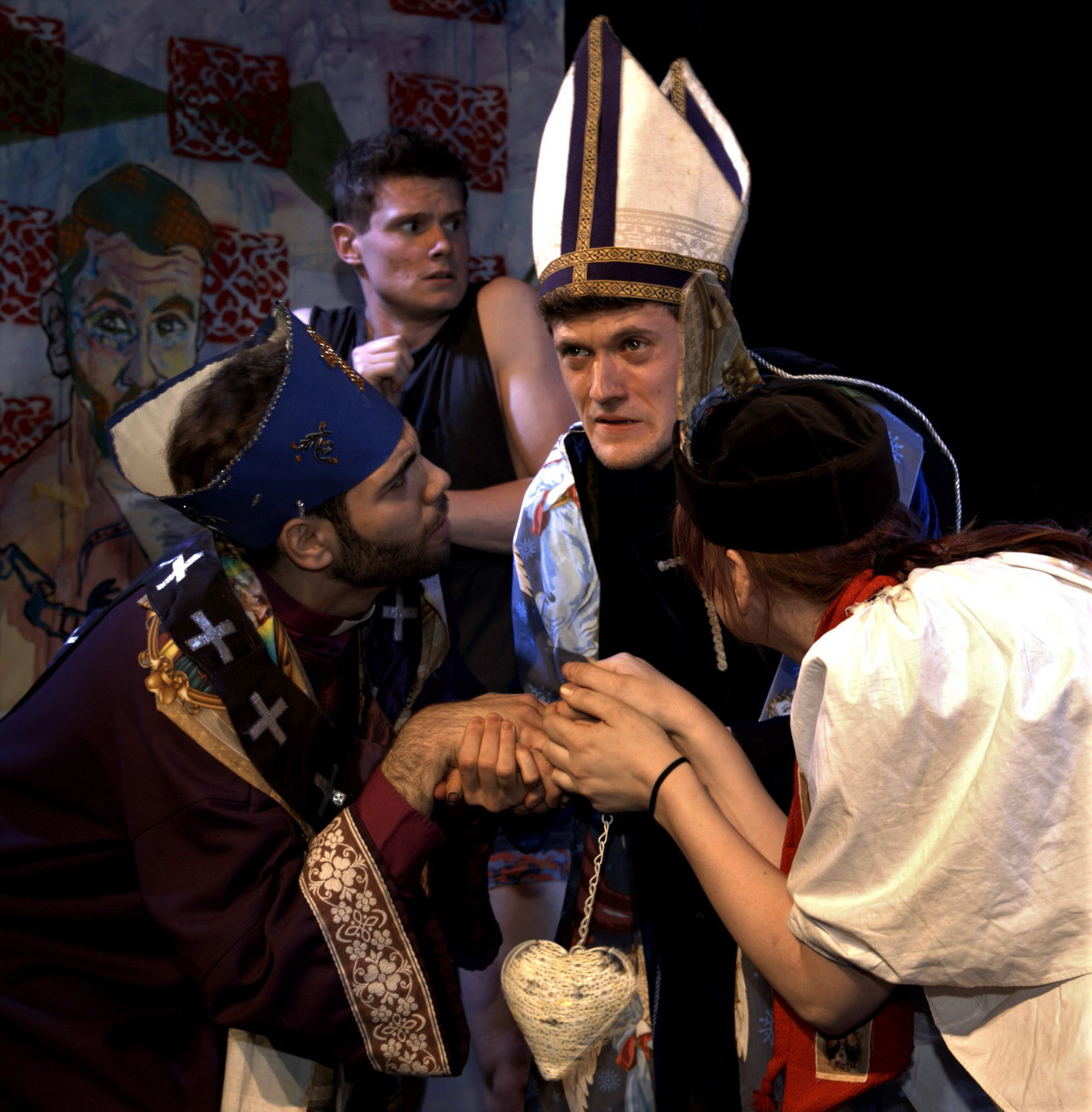 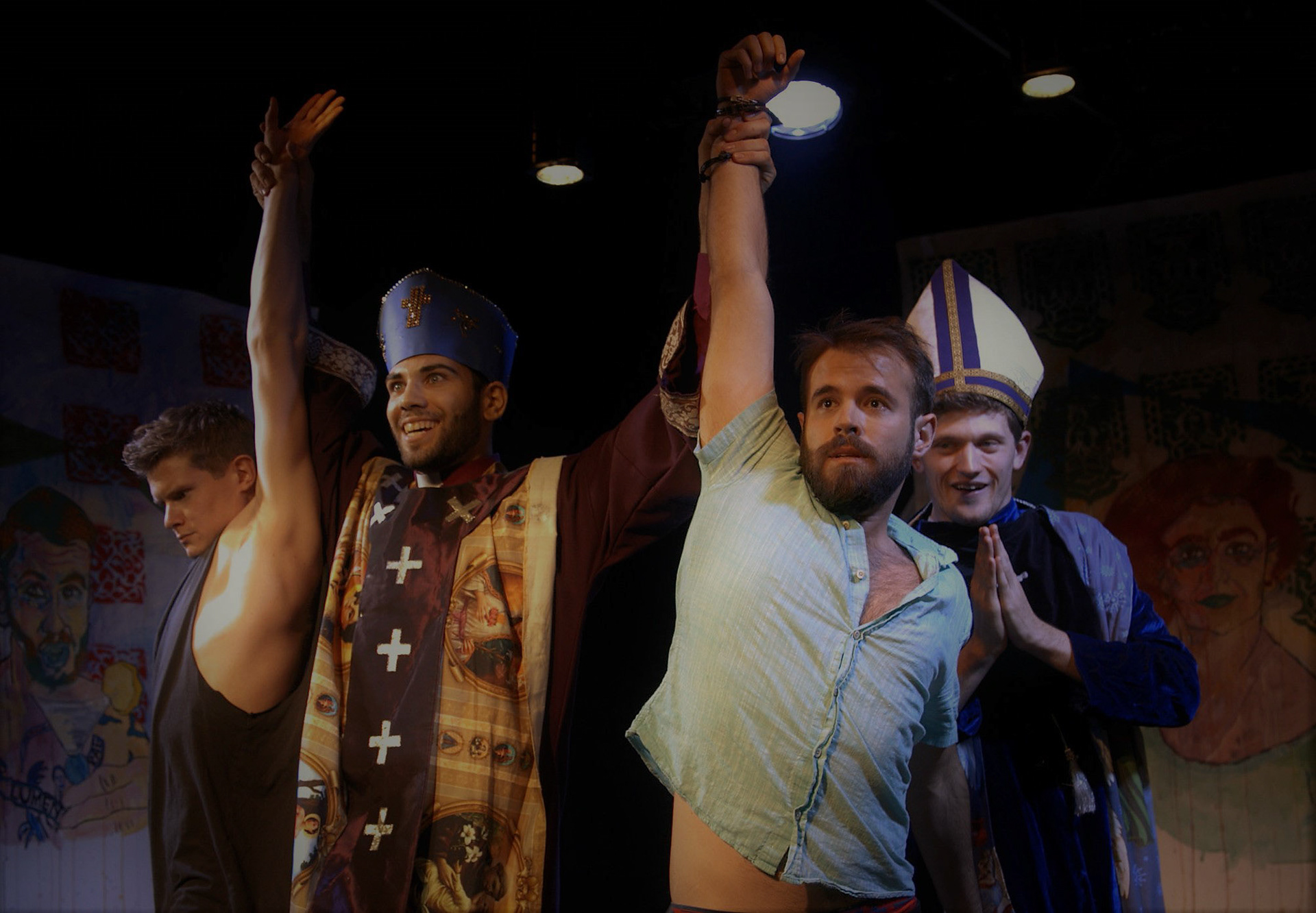 Inscription in the Sand, by Mila Teixeira
A young woman of the 60s, although married and with children, cannot forget her beloved girlfriend.
Director: Marcia Zanelatto
Actor: Fernanda Mandagará

Genderless - an outlaw body, by Marcia Zanelatto
A person gains the legal right not to be a man or a woman. In honour to Norrie May-Welby.
Director: Chryssanthi Kouri
Actor: Najla Andrade & Annie Brett

Homo Phobia, by Rogerio Correa
A homophobe’s mental balance crumbles when a gay man kisses him on the lips just before being killed by him.
Director: Pedro de Senna
Dramaturge: John Jack Patterson
Actors: Will McGeough & Bryan Carvalho

Venus Flytrap, by Jo Bilac
A flower speaks to the human race in the name of the diversity that reigns in nature.
Director: Victor Esses
Actor: Jonny Woo

Majestic Pink Dream, by Caio Riscado
By stripping off his princess costume, a young man finds in his own body the mystery of being.
Director: Luis Benkard
Actor: Almiro Andrade

Much Ado About Nothing

Write Hour Podcast
↑Back to Top